You Also Drew An Incorrect Conclusion

It struck me as incredibly lazy not to simply put the relevant links directly on your post. I scrolled to the bottom expecting a list of citations at the bottom to check, not an assortment of random links inserted throughout the text with no indication which ones were relevant. It seemed like you did about a 2 second google search and expected me to waste my time digging through all of that when you couldn’t be bothered. The inaccurate point by Dan Patrick was also very similar to the point you were making. It seemed like you may not have bothered to read any of what you linked. There isn’t any practical way to proactively prevent a number of crime beforehand, only to engage after the fact. I disagree. Social programs for at risk youth definitely achieve this goal, it’s just somewhere between difficult and impossible to verify whether you’ve stopped a crime before it happened. The point is, you don’t have to wait for them to commit a crime before you help them.

I’ve personally been though this part of the justice system myself, and it worked. I can understand why you agree with those programs now. You personally benefited from them. There were lots of people who thought those programs were a waste of time and that you were just as much a necessary societal castoff as you think these other people are. I’m glad they weren’t successful in shutting those programs down, and that you were able to be reached. Were you living in Texas at the time you committed the crime in question? For example, in my neighborhood here in Tacoma, there is a fella who fits this description perfectly. The guy is about 35, has severe mental health problems, and cycles in an out of jail or Washington State frequently. The pattern is always the same: Guy gets caught doing some minor crime, they look at his rap sheet, go “Ah!

I disagree that “lock em’ up and throw away the key” is the right solution in most cases.

You are clearly in need of services” ship him off to get mental health treatment, he does better, gets released, stops taking his meds because no one makes him, and then we’re back to crimes again. So, this guy does better when he’s on meds. Well enough to not be seen as a danger to himself or others. But to you, this is classic example of a broken person for whom there is no hope on the outside, and should spend virtually all his life removed from society? Seems like keeping him on his meds is the problem to be solved. I agree there are huge gaps in the system concerning mental health. I disagree that “lock em’ up and throw away the key” is the right solution in most cases. I also think this will be less and less of a problem as early intervention becomes more commonplace. That guy should have been helped decades ago. I’m also familiar with the problem you’re referring to.

Dan Patrick Opens Up About Health Issues That Resulted In Depression

A large number of mental institutions closed somewhere around Regan-era and all of the patients were released. The Pacific Northwest seemed to be the area most affected as it has non-lethal living conditions year-round. It also has social programs available for those people. Is that a sign that social programs are bad and they’ll ruin your city? I’d argue that if every city had those programs, you wouldn’t have outsized concentrations of homeless people in the cities that do. Unfortunately the reality of the situation is yes; there are just some broken people for whom there is no hope for on the outside, and they should spend virtually all of their lives removed from society in some fashion. The context of this conversation was discussing third strike laws. Those do necessarily mean jail or prison. You’ve moved the goalposts, and this would have been a different conversation if we started from a place of “sometimes people have severe mental issues, are a danger to themselves and others, and may need institutional intervention.” Sure. 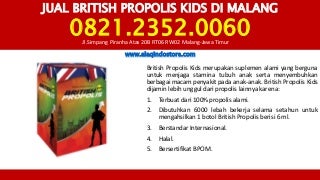 I agree. The fact that we don’t involuntarily commit people anymore is different discussion, though. I go without being a victim, the more tolerant and sympathetic I become. So if it’s not happening to you personally, it’s fine? That doesn’t sound like true empathy to me. You never mentioned anything after you asked if I had been a victim of crime and I gave you my list. Were you honestly interested, or did you just intend that question as a gotcha’? I’d also like to point out that a couple of those thefts were in “the nice part of town where everyone leaves their doors unlocked.” Those thefts went unreported, so the record still shows that that’s a crime-free part of town. The thing is, crime exists everywhere. To be blunt however; as long as there are people enabling criminals, it seems unlikely that I will be safe from crime anytime soon. You will never be totally safe from crime.